My Own Stamp of Approval

Why I transferred out of a specialized high school and how I figured out who I am. My first two years of high school, I felt on top of the world. I had a 4.0 GPA. I discovered my love for theater. I made a lot of friends. I was up late studying so I wasn’t sleeping much, but I didn’t mind that. I figured that was a side effect of attending Stuyvesant, one of New York City’s specialized public high schools.

My mother had already warned me about Stuyvesant’s pressure cooker environment, having gone there decades before. I thought that this was what high school was like.

To me, it was normal to sleep four hours a night, to survive on coffee and adrenaline. I’d make a post on Facebook saying how stressed I was, only to be met with a chorus of “sames” and laughs. And although I didn’t recognize it at the time, I craved the status that came along with attending Stuyvesant, which made me feel validated not only as a student but as a person.

But in fall of 2018, my junior year, after I was diagnosed with anxiety and depression, I saw myself as lazy, useless, and a lost cause. I stopped brushing my teeth and showering. I skipped classes and then stopped going to school altogether. I thought my teachers wouldn’t care anyway, and for the most part it seemed that they didn’t. Automated phone calls were the closest I got to any teacher checking up on me.

While I wasn’t attending classes, I still visited with my school therapist, who I had started seeing a few months before. I had therapy twice a week, and during each session she urged me to go back to school.

But for several weeks I had tried and failed. I would get dressed and hop on the subway. As the train slowed to a stop at City Hall station, I felt a pull in my body telling me to get off, but I felt an even more powerful push pinning me to my seat. I would sit frozen until Forest Hills—the end of the line. Then I would take the train all the way back home.

My school therapist ultimately told me that she alone couldn’t help me. I knew that she wasn’t a fairy godmother who could wave a wand and cure my depression and anxiety, but a part of me still wanted to believe she was. I felt confused and lost.

The one direction I felt I could go in was more intensive therapy, and my school therapist told me that Bellevue had a partial hospitalization program that offered precisely that. I could go to Bellevue during the day, and go home at night.

At Stuyvesant, I began to feel that most of my teachers’ view of me as a person was tied to my academic performance. An A versus a B was the difference between a “Good job!” and “I’m disappointed in you.”

In Bellevue, I was surrounded by adults who felt that I had potential and value, no matter what. My English teacher there noticed and praised my acting ability when we were reading the play Death of a Salesman.

I wrote a song about how I used to feel hopeless, and played it for my therapist. She asked me for the lyrics, then taped them to a wall in her office. She said that she believed in my ability to succeed after I left the program, no matter which school I went to.

That was when I began to realize that my identity wasn’t tied to Stuyvesant. Even though my mother had gone there, I realized my Stuyvesant lineage wasn’t the sole deciding factor of my future. The times when I was happiest were when I was performing onstage and showing my creative talents to others.

Viewing Stuyvesant as just another school helped me open myself up to the idea of transferring to a school more fitting to my personality and aspirations. I realized this was better for me than tying my self-worth to academics and viewing school as a status symbol.

My mother didn’t want to influence me one way or another and she didn’t pressure me to follow in her footsteps. She wanted me to succeed and be happy.

I began researching other high schools that might be more true to who I was. I wanted a school that would have a good support system and encourage my creative personality over test scores. There weren’t many transfer schools that fit in with this description, so my list narrowed down to one: City-As-School.

After going to school at Bellevue, I saw that the highly competitive environment at Stuyvesant wasn’t universal. Stuyvesant prioritizes academic performance over the arts. Although I knew that when I was accepted, I chose to attend out of a fear that I would be the outcast nerd in any other school. I kept going because I felt like I needed to prove my worth to my teachers, my peers, my family, and myself.

When I told my mother I’d made my final choice to go to City-As-School, I felt relieved. I asked myself if I still wanted Stuyvesant, and I realized I didn’t. The things I liked most about it weren’t even specific to the school—they were the shows I was in and the friends I made there.

And most importantly, I wasn’t happy at Stuyvesant. What purpose would a Stuyvesant diploma have if it got me into an Ivy League school where I would still be miserable? And what use would my friendships at Stuyvesant be if I was too deep in my own misery to fully enjoy my time with them?

So I chose to go to City-As-School.

As soon as I got to City-As-School, I noticed that my teachers were supportive. When I was having an off day, my teachers asked me if I was OK, rather than instantly judging me for it, which is what I often felt they were doing at Stuyvesant. They seemed to care, which was jarring. Early on at City-As-School, around a month in, I remember an interaction with my English teacher.

“Matthew,” she said, approaching my seat.

I immediately tensed up.

“Don’t worry, you’re not in trouble,” she said. I took a breath, and tried my best to relax.

“Sorry,” I said; apologizing was another instinctual response I had when it came to dealing with teachers.

My English teacher stood across the table from me, leaning in to talk to me closer to my level. I feared the worst.

“I just wanted to let you know of an internship opportunity coming up,” she said, and as she continued to explain it to me, I felt a wave of relief roll over my body. It took a while, but I was starting to view teachers as people to look up to—role models, inspirations—rather than people to fear or shy away from. I came to trust that my teachers would be there for me and help me grow.

In City-As-School, instead of being on pins and needles, or feeling that I had to earn my teachers’ support by doing well in class, I felt that I continually deserved their support.

About eight months after talking to my English teacher, on a Sunday afternoon, my family and I were packed into a modest hotel room in downtown Boston. I had just finished two auditions in two days for the musical theater programs at Emerson College and Boston Conservatory. In the audition rooms, I felt like I was under a microscope, almost like being back at Stuyvesant. However, now I felt more confident in my self-worth, and knew that my performance in my auditions didn’t determine my value as a person. Even after leaving the audition room, I was at peace.

It was just over a year since I hadn’t been attending classes, when college felt like an impossibility, and now I was choosing from several options.

Lying on my bed, scrolling through my inbox, I saw an email from Stony Brook University, which I had applied to several weeks earlier. I opened it, and saw the words “You’re IN” in bold letters. I was ecstatic, but calmed myself down before nonchalantly telling my parents, “I got an email.”

“What is it?” asked my mother.

“I got into Stony Brook,” I said with a smile. My mother gave me a hug, and nothing could change how happy and proud of myself I felt at that moment. I was accepted to several other schools over the next few months.

I remember a phrase thrown around at my old school: “Stuy or die.” Although it was a joke, there was a kernel of truth to it. We felt that going to Stuyvesant was so important that dying was better than not going there. But now I know that’s not true, because I not only survived after leaving Stuyvesant; I thrived.

What purpose would a Stuyvesant diploma have if it got me into an Ivy League school where I would still be miserable? 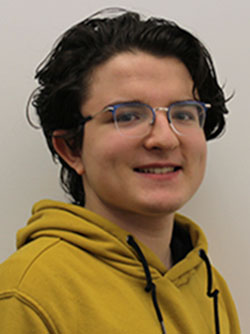