After my mother's death and a checked out dad, a therapist helped me heal. My dad is a very unpredictable man. When I was a kid, I never knew what he was going to do next. He would occasionally visit my sister and me. Once, he threw me into the deep end of a pool even though I couldn’t swim. Another time, he decided to become a bird; he flew away and I never saw him again.

From what my grandma tells me, my mom and dad tried to have a stable relationship and start a family. But when they were together and he would get drunk, he would try to hit my mother. My grandmother protected her and he’d leave—only to come back with new promises and start the cycle all over again.

Before I was old enough to remember, my parents broke up for good. So I have no memories of him being in my life before my mother died. Having a mother who loved and cared for me and my sister was enough. Her love made me feel like I could do anything.

Then, when I was 6 and my little sister was 3, my mother suffered a brain aneurysm and died suddenly. She was my ship, and when she died I felt like I was sinking. My aunt and grandma lived in the apartment above ours, and my sister and I moved in with them. I felt like they weren’t my real family. I missed my mother so much.

A few weeks after my mom died, my dad appeared. I felt overjoyed knowing he was going to take care of me. When he hugged me, I felt the warmth from his tummy because I only reached his waist. He told me in a reassuring voice, “It’s going to be OK. Daddy is here now.”

He would take my little sister and me to Toys “R” Us every weekend. Even though his love was shown through gifts, I loved, trusted, and needed him. He held our hands and we thought he would protect us.

I didn’t know that my father was an alcoholic. He was almost always drinking when my sister and I went to visit him in New Jersey. He played dominoes with my tipsy uncles while I played with my dolls in another room. One night, he slammed dominoes on the table and sipped his Corona in his white tank top as I walked by on my way to the kitchen. I was overwhelmed with disappointment toward my father. I think that’s why that memory has stayed with me. It was the first time he looked to me like a good-for-nothing alcoholic.

I wanted to believe he was a good dad, but he wasn’t. Besides getting violent with my mom and irresponsibly throwing me into a swimming pool when he knew I couldn’t swim, he mostly neglected me. When he got home from his job as a truck driver, he sat on the sofa and drank in front of the TV until he went to sleep.

I didn’t learn anything positive from him. He never made me feel confident or encouraged me to get good grades or to be careful with people before trusting them.

The only times he paid attention to me were those rare moments when he was sober and in a good mood, or when relatives were over and he had to put on the act of being a loving and caring father. “I love you so much. How are your grades?” he’d say. But those words seemed fake, like they were meant for an audience.

Soon after my mom died, my aunt and dad battled over who should get full custody of my little sister and me. My father lost because the judge said he wasn’t stable enough to take care of two children, but he was given visitation rights. A year or two later, when I was 7 or 8, my father remarried.

Soon I got the news that my stepmother was pregnant. That’s when my father and I started to lose contact. He called and visited less and less. He told me he was traveling a lot for work and he didn’t have time to call me. He said he hoped I would understand. It took me a year to finally realize that my dad had left us for another woman and their new baby.

He was in and out of our lives. It wasn’t consistent: sometimes he took us to New Jersey for the weekend. Other times, he’d stop by my aunt’s house for a couple of hours, only to disappear again for months at a time.

I started calling my aunt Mommy soon after she got custody of us. I’d ask her, “Mommy, why isn’t Daddy visiting anymore?”

“That’s for the adults to know. You’ll understand when you are older.”

I felt frustrated with this answer, but I accepted I was too young to understand my father and his decisions. As time went on, though, my doubts and anger began to boil over.

Letting Out My Pain

My father’s absence made me feel insecure about everything. Was I too fat? Was I ugly? Were my grades not good enough? Why was I not good enough for my own dad to love me? I believed that was why he started over again with a new family.

When I was 10, I started to write all my feelings out. Even though this helped, I was still so angry. I was angry at my dad for being an irresponsible alcoholic, and my mom for dying and leaving me when I was just a little girl. But I was especially mad at myself because I couldn’t get to the root of my anger.

I had a lot to say, but when I tried to talk to my aunt, she would tell me I should appreciate having my father in my life at all. So I stopped expressing my feelings to her. That made me feel like I had no one to talk to.

As I moved toward adolescence, I rebelled against my father by hurting myself. I felt powerful when I did things I knew he wouldn’t approve of. I wanted him to know that his absence had consequences.

In 6th grade, I had secret boyfriends and began drinking alcohol when I was upset. I’d pick up a bottle of Black Label whiskey, take a few gulps and feel the liquid burn my throat. I also drank Red Bull, Monster, and Venom energy drinks.

In 9th grade, I smoked a hookah on school property and sent a half-nude photo of myself to my ex-boyfriend.

I started wearing shorts that reached just to the end of my butt and shirts that showed a lot of cleavage. I would wave my hips side to side to get the boys’ attention.

That same year, I got a new boyfriend whom I hadn’t known long, from my class at school. I let him touch me everywhere, which made me feel disgusting but I did it anyway. Why? I was in pain, and I saw no solutions. I was broken and wanted to feel whole again. I wanted to feel loved even if the relationship only lasted a month.

My father continued to drift in and out of my life. He often lied to me about where he was and what he was doing. He wouldn’t call for months on end and then call unexpectedly and ruin my day.

When he said he loved me, I would get angry because I was convinced he was lying. I still felt that, in his eyes, I wasn’t good enough. But I didn’t tell him any of this.

My father last called me on my birthday, about seven months ago, from the Dominican Republic. The conversation was sad and disappointing, just small talk. He’d forgotten how old I was and seemed to be calling me fat. I felt awful afterward, but hearing his voice still made me feel loved. It was confusing.

After I got off the phone, I overheard him telling my aunt that he’d gotten remarried again and was expecting his fourth child soon. I was so ticked off. How could he go and try to replace me for a second time?

It seemed like family was a science experiment to him. His first family was Trial #1 and in his eyes, we failed to meet all his expectations. So, he decided to do Trial #2 with a new family in a new state and toss aside the first trial family. After a few years, he discarded them, too, and is now in the process of starting a Trial #3 family.

I Have to Move On

My dad is like an addiction; I keep crawling back because he gives me a small high. I temporarily forget my insecurities and troubles even as he continues to do me harm. But when that high ends, I feel like crap and start the cycle all over again.

Recently, though, I’ve realized I can’t let my dad’s disappearance affect me anymore. I was having all these boyfriends and doing all these harmful things to my body and for what? To make my daddy disapprove of me? To get his attention? He doesn’t come to see me, so he doesn’t have a clue what I’m doing.

When I started failing all my classes and was in danger of repeating a grade, I snapped out of it. I realized I wouldn’t be able to get into a good high school with these grades, let alone a good college. It’s my life, not his, I told myself, and I don’t deserve to hurt like this.

I started therapy, and I like my new therapist. And when my feelings are too strong to express out loud, I continue to write them down because writing will always be something I love to do.

I want my father to learn from his mistakes and feel remorse for all the pain he has caused. But I know I can no longer put my life on hold waiting for that to happen.

My dad is like an addiction; I keep crawling back because he gives me a small high. 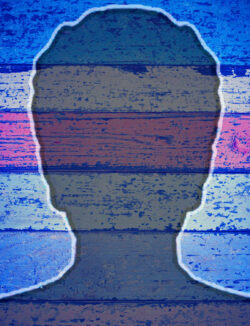