I refuse to be defined by my disability. As soon as I started kindergarten, I knew I was different from other kids. While the rest of the class sat on the floor for circle time when the teacher read stories, I had to sit on a chair at the back. It hurt my legs if I sat cross-legged for too long. I was upset that I couldn’t sit with my friends. When we’d be running around on the playground, I lagged behind all of the other kids.

I have a disability called right-sided hemiplegia (hem-ee-plee-ja), a form of cerebral palsy. It happened because I had a stroke in the womb, which means some oxygen got cut off to my brain before I was born. Nerve pathways to my right arm, hand, and leg got damaged, and I have lesser mobility in those areas.

Throughout elementary school, I had to leave the classroom twice a day to do stretches and exercises with my teaching assistant, who was by my side all day long. I needed the TA to make sure I stayed safe, because I was prone to falling. I felt like she was a shadow beside me, separating me from the other kids. Having her around was a constant reminder that I was never going to be as able as everyone else.

My TA nagged me to use my right hand instead of my unaffected left one, to put my right heel down each time I took a step, and to stretch my arm out when I raised my hand in class. I just wanted to answer the question, not worry about what hand I was using.

I often complained to my mom, “Why me? What did I do to deserve this?” She tried to soothe me, saying, “I wouldn’t want you any other way,” but my insecurities remained.

A New Way to Connect

At my elementary school, the popular boys were the ones who were best at soccer or were the fastest runners. I was usually the last to be picked for the team, the slowest in the race. One night, I had a dream that I woke up and my disability was gone. I went to school and played soccer with the other boys. I scored the winning goal and was lifted into the air on their shoulders as they chanted my name.

On my first day of middle school, what seemed like thousands of kids shuffled into rows in the gigantic auditorium. I scanned the crowd, looking for familiar faces, but most of my friends had gone to another school. I shifted uneasily in my seat and butterflies swarmed in my stomach as I worried about my first interactions with people.

These worries continued to swirl through my mind as we walked to our classrooms. I thought: Will people notice that my arm isn’t straight? Will they see my right leg limping behind my left? If they try to shake hands with me, will they draw their hand sharply away when they feel my weak grip?

Then a kid with messy blond hair and a welcoming grin came up to me outside our classroom and introduced himself. “Are you in Mrs. Smith’s class too? I heard she gives so much homework, you have to stay at school at night to finish it!” My worries melted away; he didn’t seem to notice or care if my hand was twisted in a claw-like fist, or if I walked in a different way. We sat next to each other.

Later that day, I noticed there was another place to make friends besides the soccer field or the running track. Groups of boys and girls stood around in the yard at lunch chatting about school and life. “Did you see the new Marvel movie?” I heard an older boy say. His friends nodded. There were still a bunch of boys playing on the basketball court, but there were plenty more groups who seemed to have other interests.

I could hardly believe it. The shift in the popularity hierarchy, from one based on how fast you could run or how well you could kick a ball to one that relied on your personality and friendliness, was incredible and promising for 11-year-old me.

I think the decreasing emphasis on athletic ability as I’ve grown up has been a major factor in the development of my confidence. I’ve seen myself come out of my shell and grow in self-esteem.

Not Just a Disabled Kid

A few weeks later, I was in gym class playing soccer on a muddy field in the pouring rain. As the bell rang, we all ran back to the changing room. When I walked in, one kid who fancied himself a class clown yelled in front of the other boys: “That’s Zachary, he has a disability!” My hands tightened into fists as I stared at the ground, begging it to swallow me whole. I barely knew most of the other boys, and I felt certain they would judge me. I felt targeted and upset. How could I ever make friends if they all saw me as “the disabled kid”?

Leaving the changing room, I was almost in tears. But three of my friends came right over to me and one said, “Don’t worry about him!” They helped reassure me that I was a lot more than my disability. I was also someone my friends could rely on, and I knew I could rely on them too.

Although I know that lots of kids with disabilities are bullied horribly, except for that incident and a few others, I have been spared. I think that bullying often comes down to the culture of the school. It is important for a school to create a welcoming and tolerant environment. I think perhaps that’s more important to the lives of the students than any academic offerings. I was lucky that my school did that.

I’ve also noticed that whether or not a bully’s words catch on is dependent on how other students initially react. Very few bullies go all out on the first day; they test the waters first. They make an offhand comment or two and see how others react. If the other kids laugh, then they’ll continue, and the bullying gets worse and worse as they look for a bigger, better reaction. Being an ally and helping to stop bullying is often as simple as saying “That’s not cool,” or “What was the point in that?” to the would-be bully when you see something happen.

Over the next few years as I moved into high school, I found one benefit of having a disability is that it helps me develop better relationships. My friendships are founded on tolerance, acceptance, and mutual trust, not social status. My disability also serves as a natural barrier to nasty, superficial friendships. I’ve learned that the people who may notice my fragilities and differences and choose to look past them are those who are worth my time.

The realization that my disability doesn’t define me seems simple, but it’s difficult to truly accept. Even now, I get apprehensive about meeting new people because I’m worried they’ll notice my differences. However, I have learned that my disability isn’t the only part of my identity, and that my personality is more important. I’ve also learned that having a disability doesn’t have to hold me back from doing things I want to do.

One of the things I’m most proud of is learning to play the guitar. For years, I had wanted to learn, but I felt it was nothing more than a crazy pipe dream: How on earth could my stiff, broken hand ever gain enough control to strum and pluck like my heroes?

But when I was 14, I finally decided to try. To my surprise, I was much better than I expected. Within the first few weeks, I was able to strum something resembling a rhythm. It wasn’t perfect, and I’ll never be Jimi Hendrix, but learning the guitar was like a weight off my shoulders. I realized I could still try new things and enjoy them, even if I wasn’t amazing. I realized that taking new opportunities and having a go was better than avoiding challenges and always wondering, “What if?”

Looking to the Future

Right now I’m feeling some anxiety about the prospect of leaving home for college and attempting to become more self-sufficient. Many things that able-bodied people can do, like slicing vegetables, cutting their nails, making the bed, and vacuuming, are more difficult for me, and without the help of my family I will struggle a lot.

This dilemma is a problem that many disabled kids face; the desire to be self-sufficient is strong, but the knowledge that you may need extra help to deal with things is difficult to accept.

I’m not completely at peace with it. I’d be lying if I said there weren’t still times when I wished I never had this condition. Accepting that I am disabled and that I will have a disability for the rest of my life is one of the most difficult things I’ve ever had to do, but it has made me a stronger person.

"I have learned that my disability isn't the only part of my identity, and that my personality is more important." 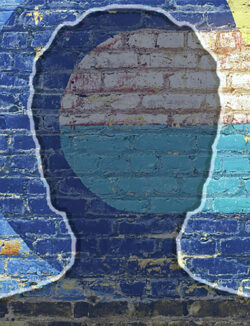